You Are To Blame for Blocked Drainage System 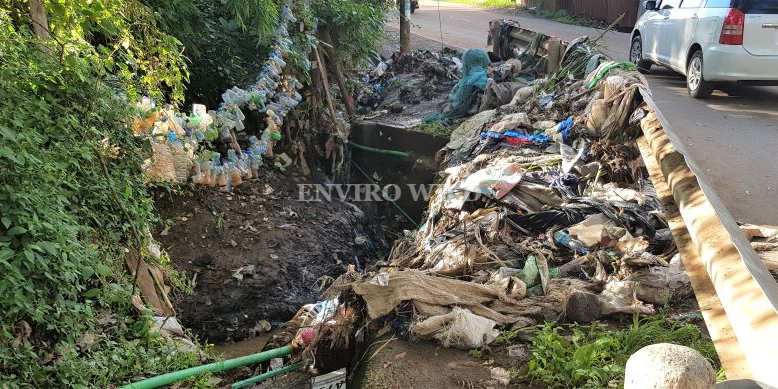 You are primarily to blame for the ongoing floods in most of our main cities. You consume, generate waste, and dispose off irresponsibly.

The last two weeks have been hell driving around in Nairobi and the neighboring satellite towns. It has been harder for those walking, cycling, and using motor-bicycles as their means of transport.

Floods being the main challenge, clogging being the leading cause. You being the primary agent of blockage.

You and I are victims of our bad habits. We have experienced the repercussions of blocked drainage systems in one way or another. We are forced to put on hold activities (core or not) taking place in certain areas because our roads are impassable.

We have been forced to change our modes of transport. Some people have closed their businesses in areas the water stagnates or near blocked drainages. Talk of inconveniences!

Let’s face reality. We lack the initiative to dump our solid wastes responsibly. We feel like it is not our obligation to dispose them off in designated areas. Who wants to carry dirt around the whole day? None! But why are you consuming products that will generate wastes while on the move?

A typical example are people in moving vehicles- both private and public service vehicles. The amount of solid materials thrown out of the car windows is distressing. It is even worse when within a span of 200meters, more than five items are thrown out of one moving vehicle.

What goes through your mind when you do that? Public service vehicles have dustbins inside. It is a requirement.

Wastes flying out from a private vehicle? Why would you or allow your passengers to throw dirt out through your car window while on the move? I would be ashamed of myself. I would be betraying myself and others who value a clean environment.

Before we cry foul that those in authorities are failing us. Ask yourself these questions:

Do you dispose your wastes in the right place?

Do you ever feel bothered when you throw trash recklessly or see someone else do the same?

Do you do anything to ensure solid wastes don’t end up blocking the drainage systems?

No amount of magic will change the situation for as long as you continue with the same habit. Even with properly developed drainage systems, without the initiative to keep non-biodegradable wastes in the right place, the same problems will reoccur.

Let’s agree; this is our problem. We are the cause, and we can end the problem. We don’t need the law Plastic Bans NEMA Single-Use plastic ban, June 2020 to remind us that we need to change our habits. The consequences are evident. We have suffered, why not learn from our mistakes? Why not take charge of our harmful practices.

Suggested post Tighten measures against plastics in forests and parks

Climate Action in a Politically Charged Environment
6 months ago