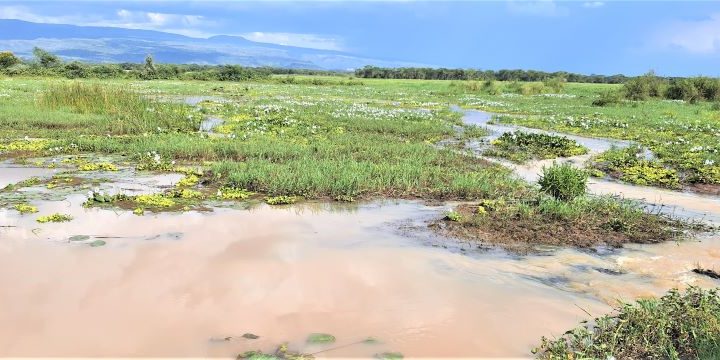 Lakes in Baringo, Kenya, are being threatened by the continued degradation upstream. Human activities such as farming, deforestation, and charcoal burning are intense.

To serve the needs of this growing population, farming which is one of the principal sources of livelihood has been increased even in unfertile and already degraded areas.

Unsustainable agricultural methods are practiced in most parts of Baringo. As a result, the soil is left bare, making it prone to erosion. The soil is often deposited in most water bodies like Lake Kamnarok, leading to siltation.

Saving all lakes in Baringo requires an integrated conservation plan that targets upstream areas which serve as the main catchment.

Notable forests such as Katimok forest that is a significant catchment area serving streams and rivers draining to Lake Kamnarok have been encroached and massively deforested. Illegal loggers, timber, and pole harvesters have invaded despite the presence of forest wardens. It will soon be an empty shell.

Following a community consultation that Enviro Wild Initiative organized at Kamnarok to ascertain the lake’s situation and find out from the community what they thought were some of the causes of the lake’s degradation, upstream conservation stood out.

Therefore, urgent action to restore upstream areas is needed lest we lose the most important resources that are a primary source of livelihood to many.

Already, hundreds of households living around Lake Kamnarok have lost their only water source for domestic, livestock, and farming purposes. The same lake was a source of water for wildlife that regularly show up. It was a tourist destination.

Harvesting of trees, whether legal, should be halted. Farming in the forest should stop.

Livestock grazing inside the forest should be restricted. It is believed that some herders perpetrate ill acts in many forests. Thus, prohibiting grazing altogether is fundamental.

Empowering the locals on conservation agriculture such as minimum tillage, contour farming, and agroforestry is also crucial in achieving the intended goal.

Empowerment goes a long way to include educating the community on the essentiality of preserving and protecting environmental resources for the sake of the current and future generations’ ability to draw equal benefits from the same resources.

Formulation of new and implementing existing policies and regulations governing charcoal burning and utilization of forest resources will serve an integral part.

Caroline Kibii is an Environment Scientist, Consultant and Scholar