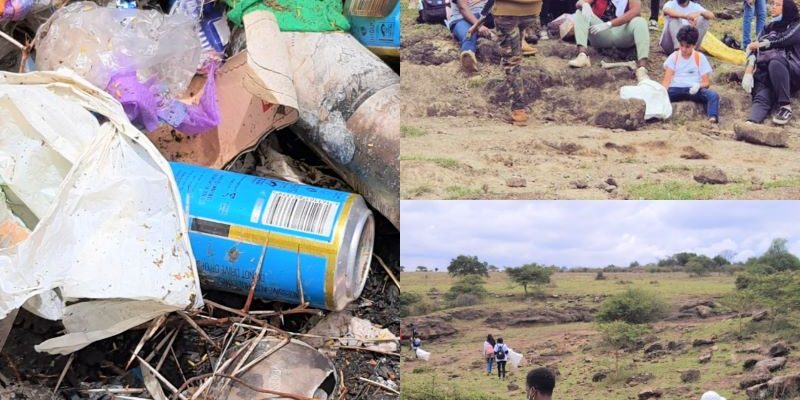 Plastic pollution in protected areas is still a significant problem despite Kenya’s ban on plastic carrier bags in 2017 and the ban on manufacturing and importing single-use plastics that took effect on 5th June 2020.

One would have thought the introduction and implementation of the bans would lessen such waste in parks, conservancies, and forests. However, that isn’t the case. We witness more and more plastic water and soda bottles disposed along trails, sweet and crisps wrappings trapped on trees and river banks.

Single-use plastics are slowly killing animals, water bodies, and destroying the general environment. They take ages to decompose or may not decompose at all, a depressing fact that should warrant strict implement the ban.

Now, ‘is the ban enough? Are we implementing it right? What are we not getting right?

One viable step is to bring together passionate individuals to clean up the protected areas and bring back their sanity. One such initiative we participated in was the cleaning up of Naretunoi conservancy that triggered several discussion forums on wildlife management and environmental conservation on Saturday the 14th November 2020.

It is an activity that brought individuals of different walks of life, young and old, activists, policymakers, explorers, and conservationists.

To spice it up, the team led by the Young Muslim Association and their partners installed eight lion lights at one of the residents within the conservancy to put lions at bay from injuring and killing the livestock and people.

Other organizations that took part include KEAN Network, Sisters of YMA, The Wildlife Foundation, and Friends of Nairobi National Park.

The initiative then paved the way for a 5-week online sensitization and education campaign on dimming single-use plastics, which we run in collaboration with African Sustainability Network. It is also an advancement of Waste Free Park Initiative we support in partnership with other organizations. 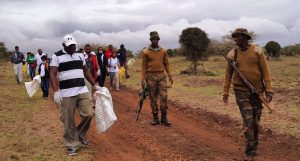 The team walking as they collect trash escorted by KWS wardens

Single-use items trashed within the conservancy

Single-use plastics collected within the Conservancy

Rescued Baby Zebra amid a Cleanup in Naretunoi Conservancy
December 20, 2020