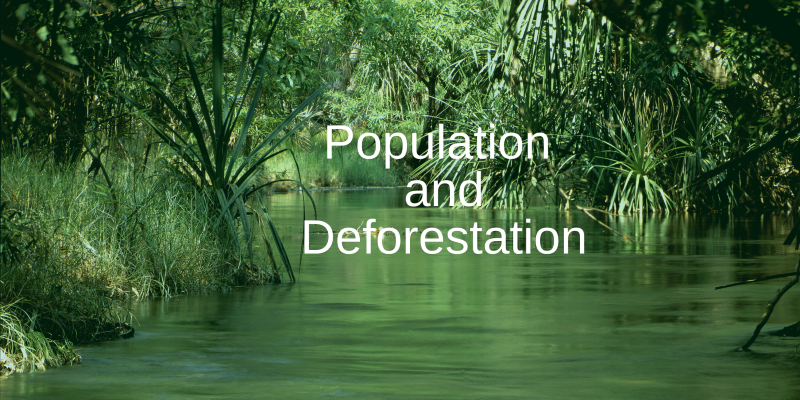 Population control as a way of curbing deforestation in Kenya

Every time I catch a glimpse of statistics on the rate at which we are losing our forest cover, my heart stops because the effects of this will damage us and our future generations. I think of how they will be seeing the things that we used to enjoy and we took for granted just on photos, and it makes me sad. It makes me think that though helpless, something needs to be done to make more people aware of the dangers that we will face if we don’t take caution.

According to FAO, Africa lost 3.9 million hectares of forest area every year between 2010 and 2020, compared to 3.4 million hectares between 2000 and 2010. It is said that the rate of net loss of forest area has increased in Africa in each of the periods concerned since 1990. This means that every four minutes, indigenous (also known as “old-growth”) forests in Africa which is twice the deforestation average.

If this continues, in the next 25 years, nearly half of the world’s species (plants and animals) will be extinct because they will have no place to call home. According to the Rainforest Alliance, if deforestation continues at this rate, the rainforest will be entirely lost by 2060.

And why are we losing our forests? It’s because people need more land to live in; they also need to eat and survive by earning a means of living. This conversion of forest land to agriculture is the most common and destructive cause of deforestation in Africa. According to the Kenya Forestry Research Institute (KEFRI), population growth is the underlying cause behind deforestation in Kenya.

Most governments in Africa have made ambitious plans to stop deforestation by introducing new measures and environmental policies on the same.

For instance, the Kenyan government has an ambitious plan to plant 1.8 billion trees by 2022 in order to preserve biodiversity.

But there is one thing that these governments are forgetting to do and that is empowering their people and controlling the population, particularly of the rural areas. It is often said that an idle mind is the devil’s workshop, and the lack of jobs has left so many young people idle with nothing to do. Some use this opportunity to engage in harmful devices like illicit sex, which has resulted in the boom of teenage pregnancies in the country.

It is said that 80 percent of Kenya’s population uses firewood and, in this case, charcoal and most of these families lie in that category.

If the government does not do anything to stop this and if the families are not sensitized, then work of various conservation groups will be futile since we will have no places where these people can live, they will have no food to eat as there will be no land for them to till and get produce. Nothing will work if the population keeps rising. That is why we need to teach our young people about sex and place them in productive work to ensure that their minds are engaged.

Another solution would also be sensitization of family planning and advising families on having children that the planet can support and their pockets. Various NGOs advocating for this have faced many challenges like religious and cultural beliefs that encourage childbirth as children as seen as blessings, poor services of family planning service clinics, long distance of sources, and recently the Covid-19 pandemic, which has stopped all focus of normal life. However, the government needs to step in and strengthen, fund and support such causes that assist them in planning for a population that they can support.

There needs to be sensitization on the need to have the right number of children and, if need be, policies that will put this in check. Failure to do this will result in overpopulation. Combined with direct factors like corruption, poverty, and weak property rights, forest loss and severe environmental degradation will lead to high demand for forest and agricultural products to feed the rural and urban population.

Harriet James is a features journalist, passionate about travel and conservation matters