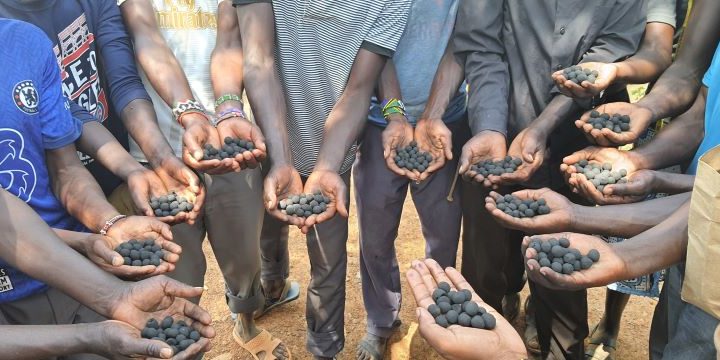 On the 12th of June 2021, Enviro Wild Initiative and the community of Kamnarok came together for phase 2 of restoring the ecosystem around Lake Kamnarok by spreading seedballs of indigenous yellow fever tree in areas that were not covered during the first exercise.

During a discussion with the participants, it was noted that without interventions to conserve upstream areas, the problem would persist.

Lake Kamnarok is still largely degraded. Nothing beyond our efforts has been done so far to rehabilitate it. That means siltation remains a significant problem. Despite the rains, the lake has fewer waters due to siltation and the deep gully at the outlet quickly emptying the lake.

It was noted that a few Nile crocodiles were back compared to the last time our team was in the area three months ago. Different bird species were also sighted.

Judging from the increased number of crocodiles and birds, it is clear that Lake Kamnarok is a crucial resource for biodiversity. The increase could be attributed to cooler temperatures and increased waters.

It was also observed that the community members have the willpower to engage in conservation initiatives of the lake as it is an important source of livelihood.

Despite the increased water volumes, fishing, which was one of the main activities at the lake, is no longer viable.

Phase one of restoration