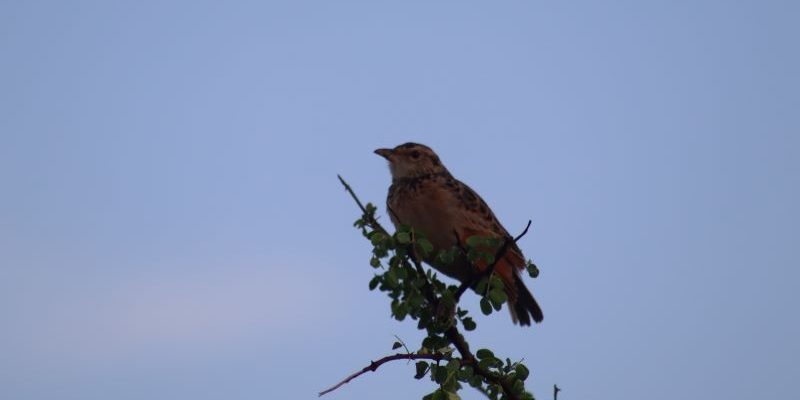 I had the chance to ride alongside Mr. Jagi, a well-versed birder, patroller, and a long-serving member of the Friends of Nairobi National Park. To say I was not taken back to kindergarten, I would be lying.

Jagi and Caroline, who both have a deep relationship with birds, took us to Mars, Pluto, and back as they tried to figure out the names and characteristics of different birds we came across amid our counts.

It dawned to me that game counts are not just about counts but an opportunity for many lessons in wildlife management and conservation strategies as listed below;

Animal identification: The Nairobi National Park is rich in several animal species, including birds. Because the count requires specification of the particular type of animal or bird, it provides an avenue to critically analyze and identify the animal before recording the counts. Essentially, persons with limited knowledge on wildlife and birds will be forced to refer to books or consult google.

Wildlife management: Each animal has specific requirements and needs. The attention they receive depends on their endangerment and rarity. Nonetheless, game counts create a platform for members to deliberate how best certain animals should be managed and the attention they should receive.

Reporting new species: In the event of taking the census, unfamiliar animal or plant species may be encountered. While this scenario might be rare, it is common with birds. Thus, before deciding whether a species is new, it requires consultations and debates, making the exercise healthy and meaningful. One can easily recognize whether an animal is migrating or a resident in the park.

Identification and reporting unusual events: The Park is vast. Regular visitors or patrollers to the park can quickly tell when something is unusual. The game count necessitates participants to assess the situation within and out of their allocated blocks to point out peculiar occurrences; for instance, during the last count, we realized that many wildebeests had babies approximately two months and below an indication that they were giving birth within or close to the park.

Conservation strategies: The park faces several environmental challenges such as poor waste disposal, growth of invasive weeds, and development of new infrastructure. Boundary conflicts are also a challenge curtailing conservation. Consequently, taking part in the game count is an excellent opportunity for members to discuss pressing conservation issues, weigh in on what works and whatnot. Therefore, the activity is not just about counting but immersing oneself in a critical thinking state and productive discussion leading sound proposals.

Learning about ecosystems: The Park has a savanna ecosystem characterized by open grass plains, shrubs, and scattered acacias. One of the requirements is to record the recent weather patterns, whether it rained recently or not, and the nature of grass or vegetation, whether long or short. As a result, it becomes easy to establish which animals live where and why.

Networking and Bonding with fellow conservationists: FoNNap has been in existence for decades. It has several members; young and old, environmentalists by passion and practice. Game counts are a platform to learn from those who have been in the field before, network, exchange contacts for business or friendship. Simply bonding.

General understanding of the park: The game count does not just end there. Traversing a given block and later exploring the park is a chance to a broader knowledge of the park. Often, individual animals like spending time in specific areas at certain times of the day. You will also understand where to find animals during the dry and rainy seasons. If you are regular at the park, you will realize that some animals only inhabit certain parts of the park; if you are curious enough, then you will take a step further and research.

In the end, becoming a member of Friends of Nairobi National Park will surely give you more opportunities to mingle with animals and engage in conservation activities.