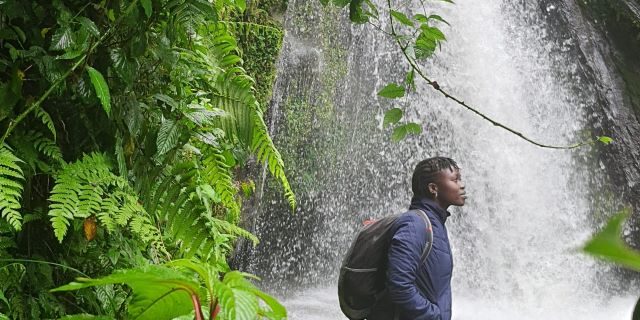 Forests are critical ecosystems that benefit the environment and biodiversity and affect the nature of human existence. Forests are an intricate biotic system hosting the largest number of plants and animals on land, with over 50% of the total world’s biodiversity thought to be found in tropical forests.

Universally, forests provide food to plants and animals, purify air, water, regulate climate, minimize disasters, and act as a resource; wood fuel, timber, and logs. Trees that characterize forests control soil erosion, minimise floods, absorb carbon and provide oxygen. The role of forests cannot be underestimated; they are a source of livelihood for many people. Over two billion people depend on forests for different needs and purposes. Of this population, more than 300 million inhabit forests, including about 60 million indigenous persons.

Despite the fundamental role of forests to people, the quest to fulfil human wants and needs is threatening their existence and functioning. Studies show that between 1990 and 2015, a whopping 129 million hectares of forests were lost globally. With the intensifying effects of climate change, the world is at risk of losing its primary resource. Amazon forest, for instance, could shrink by 60 percent by 2050 due to climate change effects and forest degradation.

Often, the impacts of forests degradation on human health, whether directly or indirectly, are overlooked. To put into perspective, forest degradation here means permanently diminishing the biological wealth of a forest area and decline in size. On the other hand, human health encompasses the complete state of social, mental, and physical. This article will highlight how forest degradation affects human health.

Studies show that human encroachment into forests, land-use change, deforestation and habitat destruction increase the spread of vector-borne diseases such as malaria, Lyme disease and dengue fever. They enable pathogens to move from the wild into humans and their safe spaces.

Dr. Susan Chomba, the Director of Vital Landscapes at World Resource Institute, while speaking to Enviro Wild Initiative (EWI) and Global Landscapes Forum (GLF), prior to her participation in the GLF Climate conference, said, “if biodiversity has been living comfortably in the forest and you destroy the forest, you increase the likelihood of vectors being displaced from their natural habitats into human spaces.”

“Human encroachment into natural habitats facilitates human-animal interaction leading to an increase in the transmission and spread of vector-borne diseases,” she added.

Air is life. Humanity thrives in clean air. Some of the functions of forests are air purification and carbon sequestration. Degraded forests cannot fulfil these crucial roles, implicating people’s lives.

Irene Ojuok, a doctoral researcher in Land Degradation and Farmer Managed Natural Regeneration (FMNR) in Kenya at the Right Livelihood College (RLC) Campus, University of Bonn, who will also be speaking at GLF Climate, spoke to EWI and GLF and demonstrated the link between emission and human health, an occurrence that is facilitated by increasing development and industrialization to boost economies.

“Forests are carbon sinks. They filter the dirt that is in the air. As we take in a lot of pollution in the air, our health is threatened. Many people now have caught diseases that are associated with emissions and high levels of pollution as a result of industrial production,” Ms. Ojuok said. 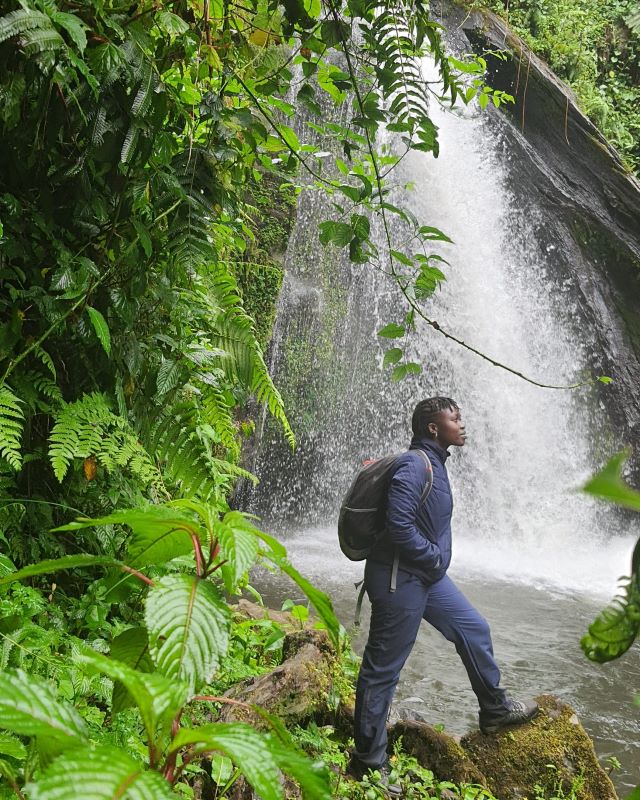 In March 2020, the world went into lockdown due to the ongoing Covid-19 pandemic. The whole situation triggered stress, fear, and anxiety among many people. To disengage and declutter, people sought solace in nature, in nearby forests and greenspaces.

Dr. Chomba explained that Karura forest, a green oasis located about a 20-minutes drive from Nairobi’s central business district, Kenya witnessed an influx of people over the last one and half years, eager to rejuvenate and release pressure caused by the lockdown.

“When we had strict lockdown, people felt the impact of being in a space where they were not interacting with nature. In Nairobi, we saw an explosion of people wanting to go into Karura Forest,” Dr. Chomba said.

Besides the mental and physical health benefits gained from forests, traditional medicines and some pharmaceutical products depend on forests. Many communities in developing countries still rely on traditional medicines to cure diseases and ailments. Forest degradation is threatening the existence of herbal medicines, most of which come from wild plants. Deforestation is occurring indiscriminately, making the future of traditional medicines uncertain given that indigenous/traditional knowledge systems are not documented.

Ms. Ojuok said, “forest degradation is a threat to our access to medication. Plant species diversity is being depleted.”

Forests act as windbreakers and reduce the velocity of flash floods. Climate change exacerbates the frequency and scale of floods, causing loss of life and damaging property in developing and developed nations. The scale of impact is prominent in deforested areas. For example, in 2020, flash floods wreaked havoc in Elgeiyo Marakwet County, along the Rift Valley, Kenya, causing several deaths. In July 2021, parts of West Germany were hard hit by heavy floods leading to numerous deaths. The floods were associated with severe storms and continuous rains. While forests may not entirely stop floods, they reduce the speed of flowing water, resulting in a lower impact on people and environment.

In order to reduce the health-related challenges caused by forest degradation, it is imperative to adopt effective control measures. It is time to move from boardroom talks to increased action. Budgeting for restoration within the annual government plans is ideal.

Ms. Ojuok argues, “we want increased investment for restoration and prioritization by the governments and the communities. That is, farmers, to increase trees in their farms and protect forests in their locality.”

Instituting and implementing applicable and realistic forest policies and regulations lessens the possibility of deforestation. Ms. Ojuok firmly stated the need for pro-forest protection policies rather than those that make people enemies of forests.

On the other hand, Dr. Chomba emphasized the need to engage communities and enforce forest protection measures in and out of protected areas.

Ultimately, forests and humans are interdependent. However, the human race has no option but to preserve, protect and conserve forests to enjoy all the benefits and improve overall health.

The article is part of the #GLFClimate conference series of articles.

Forest and other topics will be addressed during the conference #GLFClimate: Forests, Food, Finance – Frontiers of Change, of which Enviro Wild Initiative is a media partner. This article was developed by Caroline Kibii, Environmental Scientist, Researcher and Science Writer.