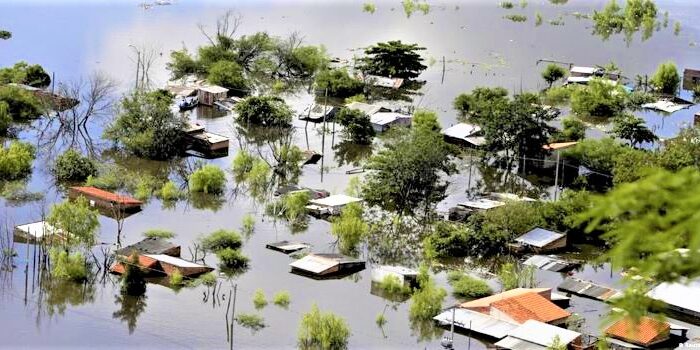 The uniqueness of the climate challenges facing the coastal communities’ stems from their location. Those living and doing business along the shores or beaches are at high risk. Such individuals may have limited options due to their inability to predict or control an occurrence such as increasing sea levels, high tides, ocean floods and tsunamis, among others.

It is worse when communities are settled in informal areas, meaning places not formally designated for residential purposes. In such situations, proper infrastructure may be lacking, for instance, protective walls against high tides.

Kenya’s coast is an example of dynamic coastal communities at greater risk of climate-related hazards. Although major occurrences like typhoons and tsunamis (except the 2004 tsunami that was considered to have had minor impacts on the Kenyan coast) have not been recorded lately along Kenya’s coast, the communities are still affected in varying degrees and different sectors.

The economy of a significant proportion of Kenya’s coastal communities depends mainly on tourism, fishing and marine-related recreational activities. The inland coastal counties also depend on wildlife tourism, whose existence is currently being threatened by the ongoing drought that has led to the deaths of many animals.

In this case, it is crucial to look into the implications of climate change on the coastal communities; what is likely to occur if nothing is done to sequester the greenhouse gases already in the atmosphere and limit new emissions.

First, the increasing developments and population along the ocean shores, whether formal or informal, exerts a lot of pressure on coastal ecosystems, prompting a possibility of sea level rise. Based on research, sea level rise varies geographically due to factors such as snow and ice melting. Nonetheless, increased human activity along the sea shores increases the chances of erosions and pushes sediments on the shores.

Oceans act as carbon sinks. Research shows that oceans absorb over 30% of the carbon emissions in the atmosphere. This means that whenever the carbon emissions increase in the atmosphere, more carbon is absorbed, changing the chemical composition of the seawater. It lowers the PH value; ocean acidification occurs as more carbon dioxide is absorbed because it makes the water acidic.

High ocean acidity is harmful to the existence of marine life-both flora and fauna- that thrive in saline conditions. Studies show that acidic conditions in the ocean create conditions that erode the minerals depended on by aquatic life such as shrimps and coral reefs and for skeleton and shell building.

Therefore, highly acidic conditions may limit the possibility of coastal communities from benefiting from marine resources. The hospitality sector that depends on sea foods and homes that live on fish and other seafood may be on the receiving end. Similarly, acidic conditions may corrode transportation and fishing vessels. This scenario may discourage deep-sea fishing and encourage offshore fishing, causing environmental damages. Recreational activities such as snorkelling may be limited.

In addition, increased acidity also affects the humidity or atmospheric water vapour around the coastal areas promoting corrosion of roofing materials, quickening wear and tear of buildings and rusting of metallic materials and objects. This in itself is already a huge problem that attracts unprecedented costs.

Where the marine environment is unfavourable for aquatic life and carrying out recreational activities, the tourism and hospitality sector, which is a strong pillar of Kenya’s coastal economy, will be adversely affected. That alone has direct social and economic challenges that affect national revenue generation.

Owing to such cases, workable solutions are necessary and should be developed and implemented urgently. One key strategy is to work with the local communities to devise practical and engaging ways to adapt to and mitigate climate change. For instance, banking on blue carbon is a strategy that the local residents can participate in and educate themselves on climate science.

Other ways of addressing climate change in the region are by promoting sustainable tourism and travel activities in and out of the coastal counties. This also includes developing ways of sustainably harnessing marine and coastal resources, taking into account the fundamentals of building community resilience to climate change while mitigating potential greenhouse gas sources.

A notable project currently ongoing that seeks to devise ways of advancing the blue economy in the coastal region is the Go Blue which is a partnership between the government of Kenya and the European Union and implemented by various entities, including United Nations agencies. One of the initiatives is the implementation of a blue economy project by UNEP, which will include over 1000 hectares of mangroves in Lamu.

Caroline Kibii is an environmental scientist, researcher and consultant.