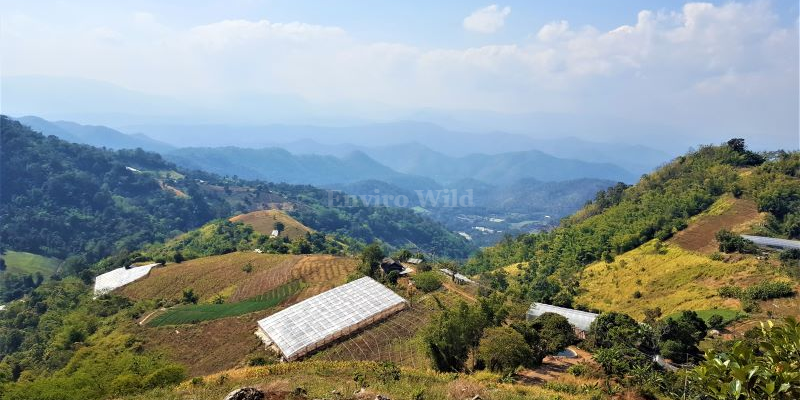 Farmers were very well aware of what to plant when and where. They could read signs of drought or rain from animal behaviours and plant changes. Farmers knew when to worry and when not to.

Then, came an era, a time of unpredictability and extreme occurrences of natural events, a time where farmers are left in a state of despair wondering what to do as they can no longer go about their farming as they did before.

Going by estimated statistics, 98% of Kenya’s subsistence agriculture is rain-fed, the unreliability of rainfall as a result of climate change affects food security in the country.

2019 was the year that triggered farmers to think twice about their farming systems. The long rains that facilitate planting around April were erratic and late. Some farmers waited until late May to start planting.

As if that was not enough, the short rainy season turned into heavy and prolonged rains causing loss of life and property. Landslides occurred, floods, and heavy winds. The crops that were almost ready for harvest were left falling, rotting, and caught diseases.

The stored food in some places like West Pokot and Elgeyo Marakwet counties were destroyed. Livestock died because of heavy rains.

The rains have continued through December and now in January 2020, supported by the alerts of forecasted possible heavy rains in several counties by the Kenya Meteorological depart. For as long as I can remember, January has been one of the hottest and driest months in Kenya.

The question is; what happened?

It is not like climate change was non-existent before, but the effects had not been felt as much as it is being felt now. Local governments and the international community had not given it the priority it deserved.

What Farmers in Rift Valley had to say

What farmers are now asking themselves is whether they can start preparing their farms for planting. On the other hand, other farmers are skeptical since this is new to them. Should they start planting? Should they wait for the usual planting season starting in late March to early April?

The confusion is there. It is written on the facial expressions; their words communicate the same.

Speaking to a farmer in Rift Valley, which is the leading agricultural hub in Kenya on his thoughts regarding the current situation, he said he cannot explain what is happening and is on the lookout for what the meteorological department will say.

The farmer went ahead to say that he could not predict the current weather condition, yet he had been able to forecast for many years.

It is apparent most farmers do not know that the changing rainfall patterns is one of the effects of climate change.

Reality is about to hit home. In that case, farmers need to be willing to modify their farming practices by adopting new technologies and diversifying their income sources.

Climate-smart agriculture will be the new normal. Relying on conventional practices they are used to will plunge them into poor yields leading food shortage.