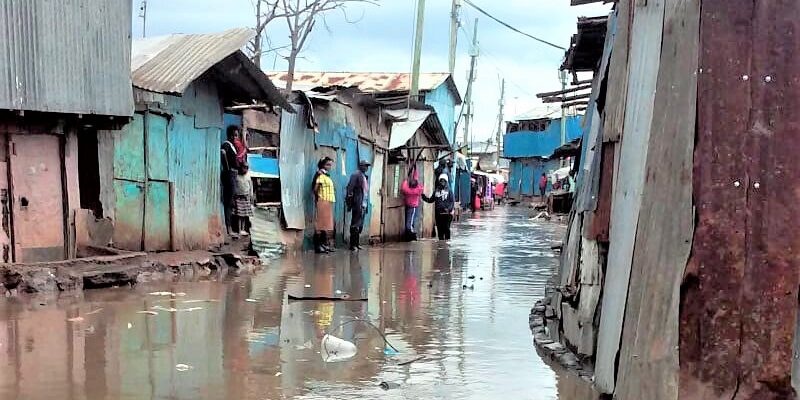 As is already known, climate change affects everyone. All people suffer the consequences of climate change. However, the most vulnerable groups, such as those in informal settlements, mostly slum areas, often known as the urban poor, are at greater risk. This is so because such groups are already disadvantaged due to limited access to basic and social amenities and structures such as sewerage systems, transport networks, and water sources.

Research shows that about 60 percent of the total population in Nairobi lives in informal settlements, with a significant proportion living in slum areas. With such a huge population living in places not formally designated for residentials, it signifies deeper challenges associated with urban planning, zoning, housing and infrastructural provisions.

Noting the existing vulnerabilities of the urban poor, climate change creates more devastation among the slum residents. Existing data shows that climate change is not slowing; instead, more and more changes are being witnessed across the globe. It is worse among the urban poor, who are often neglected when city or town resources are being allocated.

consultation and participation straight from conception through planning and implementation to monitoring and evaluation of the project is crucial. Without active community participation, proponents of the projects, be it government or private sector, may face rejection or may propose initiatives that fail to address the actual problems affecting the residents, especially in the case of a changing climate.

The dynamics around the varying impacts depend on several factors and conditions such as the topography, slope, soil type, valleys, proximity to rivers, rainfall intensity, windspeed, sand and dust storms, type of housing structures, and availability of infrastructures like sewerage systems.

Climate-associated risks such as floods, extreme temperature conditions (hot and cold), heat waves, prolonged rainfall, droughts and landslides are some of the hazards that have been recorded in Nairobi’s slum areas. The intensity, frequency, magnitude, impact, and severity of each climate risk vary.

To verify whether climate risks are becoming more frequent and damaging to the slum dwellers, good quality data is required in addition to household and community surveys. Climate data is crucial to inform future research and lay a strong foundation for policy making, proportionate resource allocation and designing short-term and long-term climate adaptation and mitigation interventions.

Although there have been efforts to improve the conditions in various slum areas and informal settlements in Nairobi, much of the focus went into housing projects. For instance, the government-led slum upgrading project in 2004 prioritised improved housing but did not take into consideration climate change dynamics.

Such inadequacies at the initial stages of projects aimed at uplifting slums areas subject the slum dwellers to unending climate risks.

Ideally, projects aimed at building the climate resilience of slum communities, strengthening their adaptive capacity, and devising climate mitigation approaches, intentional research, and surveys should be carried out, and that strong community consultation and participation straight from conception through planning and implementation to monitoring and evaluation of the project is crucial. Without active community participation, proponents of the projects, be it government or private sector, may face rejection or may propose initiatives that fail to address the actual problems affecting the residents, especially in the case of a changing climate.

Climate Change in Coastal Cities; How Residents of Mombasa are Coping with Climate Risks
2 months ago