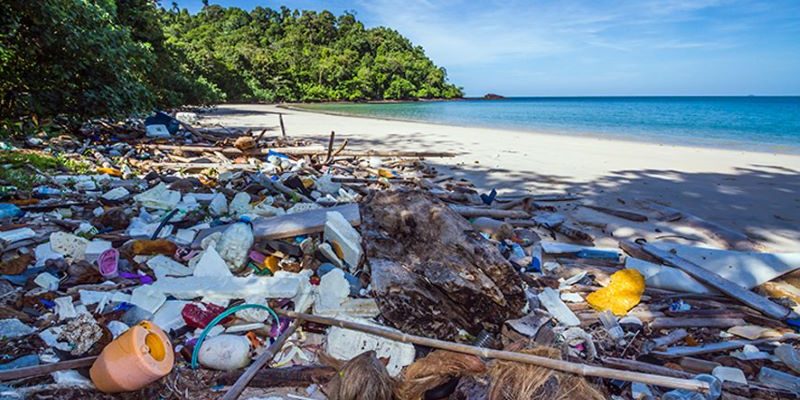 After several months of active engagement in sensitization on keeping protected areas clean and dimming single-use plastics, my conclusion is that behavioural change towards plastic pollution is fundamental.

Plastic pollution is a serious global problem that requires a multisectoral approach to reduce the magnitude of its damage to humans and the ecosystem.

Heavy production of plastics and, more so, single-use plastics continues because fossil fuels, which is the primary raw material, is cheaper. Many plastic manufacturers are business-minded; hence, they automatically go for cost-effective products.

All the plastic wastes find their way into the environment. Despite the ban on importing and manufacturing single-use plastics by some countries, most of them lack proper mechanisms to deal with the existing plastics within their borders.

Similarly, those countries with no bans import, manufacturer, and export single-use plastics ending up in the ecosystems of other nations with bans, particularly in oceans.

A science article by the National Geographic estimates that plastics in the oceans will nearly triple to 29 million metric tons by 2040.

Massive efforts to clean up oceans, parks, rivers, and the general environment are ongoing by government agencies, the youth, academic institutions, and organized groups.

Such actions are commendable in ensuring a cleaner environment for healthy living and biological diversity. However, it is not a sustainable way of addressing the problem.

If companies and institutions that utilize plastics massively don’t adopt sustainable ways, the problem will persist.

If the world’s citizens continue with their business as usual- using single-use plastics and disposing of them irresponsibly- we will face deeper problems sooner or later.

Therefore, a change of attitude towards conservation, changing individual behaviour towards usage, and disposing of plastic pollution will lead us closer to solving the challenge at hand.

Refusing to accept single-use plastics, owning reusable items such as water bottles and coffee mugs will slowly but steadily lead to a cleaner future.

Individuals interviewed in the A Plastic Ocean film assert that fixing plastic pollution is impossible without a behavioural change among humans.

Therefore, it is the sole responsibility of every human being to be cautious of the kind of wastes they generate. Plastics take millions of years to degrade, while some may never disintegrate.

The author is an environment scientist, passionate conservationist and the founder Enviro Wild